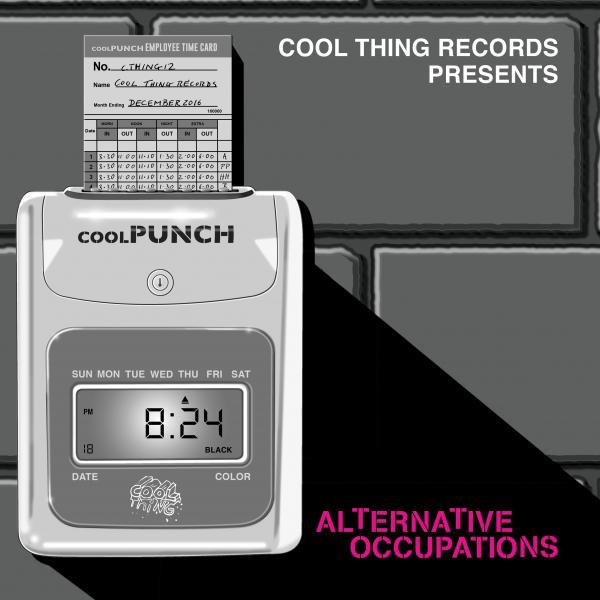 Aaaaaaaand…… relax. No? Alright then. Because when Asylums aren’t playing, recording, or running Cool Thing Records, they’re at their day jobs. Rumour has it they sleep occasionally too. And not being the types to rest on their laurels, Asylums are back with a brand new previously unreleased track “Alternative Occupations”. Taking brief holidays from the aforementioned dayjobs, “Alternative Occupations” was written and recorded in the Summer after the post-album release frenzy, and in the aftermath of Brexit. It ruminates on harsh education and health service cuts, post-Brexit Britain, and the running battle of grafting at creative efforts vs. grafting to keep afloat.

And there’s more… Asylums aren’t alone. They’ve now been able to make good on their promise of using Cool Thing Records as a platform for underground regional talent. Appearing alongside “Alternative Occupations” on a lovely limited 12” slab of white vinyl are three bands, who like Asylums, all graft at the day jobs and work in their own creative communities.

The short, sharp, shock of Petty Phase picks up where X Ray Spex and The Slits left off; riot girls antidote to the millennial ennui, all buzzsaw guitars and screeching group vocals. Thrasher skate culture collides with the edge and tenacity of early Dischord records, in the shape of Steve Lamacq favourites The Horse Heads, emerging from the same fresh and exciting Chelmo uprising scene as Freak, and Ratboy. And last but never least, BAIT leave you with a bloody nose but you’ll see the funny side, as the static hum of an itching brain broods and snarls over visceral post-punk riffs and battering hypnotic rhythms.